Lucas, what’s up? You’ve got no sense at all
Out on the field, chasing after the ball
Lucas, wise up, you had no chance at all
Eyes on redemption and back to the wall

Just wait a while, little insect
For that which you adore
For what you think is good, and pure

Gestate a while, little insect
The larva will mature
And soon it will emerge transformed…

Lucas, wake up – you’ve got no chance at all
Later ascension, but first comes the fall
One day to come, I know you’ll show them all
But Lucas, it seems, never catches the ball… 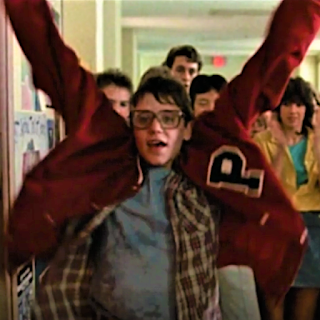 Posted by Chris Carter at 06:31 No comments:

Email ThisBlogThis!Share to TwitterShare to FacebookShare to Pinterest
Labels: lyrics

You’re in luck: a way to get fucked
has reared its head at the polls

Open up – this rampaging stud
is filling up every hole...

While the whole of Europe came banging on the door
Our legs were wrapped around them, screaming: “I want more…”
Pucker up – you’re playing the lead in a sex farce… 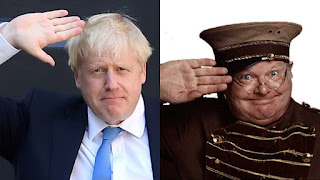 Posted by Chris Carter at 06:27 No comments:

Email ThisBlogThis!Share to TwitterShare to FacebookShare to Pinterest
Labels: lyrics

Lucy Average was just that – mediocre, nondescript, nothing much to look at; bland, boring, plain. Her early years yielded no formative crises, no traumas blighting a smooth transition to adulthood, no earth-shattering events threatening to destabilise an otherwise aimless coast through life. She was born average, lived and breathed averageness, and looked set to remain average for the duration of her time on this earth.

Then, one fateful day, everything changed. She saw him from a distance at the debutantes’ ball and her heart, the room, the world stopped. One held glance between them as she checked his coat later that evening was all it took to confirm what she had always known: that beneath her drab exterior lay the soul of a shining seraph. In that moment, at that given time, the odds were too far stacked against her, the vagaries of an indifferent class system too cruel for their circumstances to ever solidify. But Lucy Average had a plan.

A letter. A simple thing, tailored and crafted precisely for him, hand-delivered on the brightest of occasions… but not just yet. Every day for the next seventy years, she would write, erase, redraft and rewrite. Across two centuries, she fashioned the perfect correspondence, labouring over each dot of punctuation and split infinitive with the deliberation of an academic five times her standing. ‘The heart as a trophy / the heart in atrophy’. Such a fine line.

In the meantime, she played the stock exchange, the roulette wheel, dice and the lottery, patiently waiting for the right combination of numbers to come up. As the years went by, lovers came and went, children arrived and departed, but still her heart belonged to him. Corners blunted, edges softened, the lines on her face increased, but still she persevered. She wondered, in the midst of each passing decade, if he wondered too: what path he had taken, what kind of clothes he wore, whether he ever thought of her. Still, she wrote.

Over time, the world took its toll on Lucy Average, bringing character and depth to features which had once seemed to possess neither. Her skin softened and became sallow, the corner of her eyelids crowed; the edges of her mouth crinkled like discarded crisp packets where a beaming smile graced her cheeks. Her ashen pallor assumed a flush of glowing colour: the fullest expression of a life well-lived. She became, finally, as beautiful and radiant on the outside as she always was within.

Then one sunny day, at the ripe old age of 87, she tuned in to see her numbers hit the jackpot. 1, 3, 5, 7, 11, 13 – a rolling series of perfect primes. Handing her ticket to a homeless veteran of three known wars, she placed the decisive full-stop on the letter that afternoon.

Walking briskly to she knew not where, she found herself carried by a breeze to his doorstep on the corner of 9th and Broadway, where she found him, an old man now, struggling with a cumbersome bag of groceries. Relieving him of its weight, she presented her missive in a quiet gesture wholly devoid of ceremony; he read it, and melted into a watery puddle on the sidewalk. Average no longer, a princess among serfs, they lived together then, seeing out the rest of their days in mutual respect, love and adoration.

And that is how Lucy Average won the heart of Johnny Perfect. 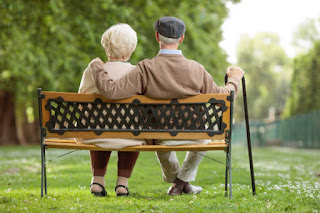 In your core, a pulse.
Beating like the wings of a
butterfly. Waiting. 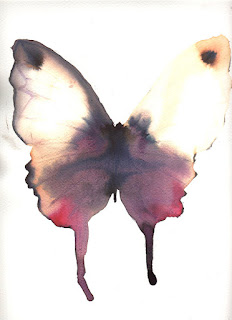 “Eat up, Theresa!” says Nigel, spoon-feeding the Vicar’s Daughter the last few dollops from his brightly-coloured Tommy Tippee utensil. Several years, this has been going on now, apparently without significant effect for either party. Needless to say, Theresa’s absolutely busting at the seams, finally ready to pop after season upon season of interminable, constipated misery.

“HINNNNNNN!!!”, she strains, exasperated once more by the lack of movement. No belt can tame the bulging in her lower intestine; no ceremonial cummerbund can alleviate the undulating in her gut. She longs to tame the vicious swipes of the quadruped raging within. She aches for the mercy of sweet release.

And then, something irrevocably changes. Call it providence or the work of some higher cosmic force, but she instinctively senses the prevailing shift in tide. “Prepare the bun!”, she instructs, prompting a bow-tied minion clad in royal blue to deposit a ready-sliced roll beneath her throbbing sphincter. Theresa rotates her hips in a circular motion, stirring the gumbo one last time for posterity before evacuation commences.

She squats like a Haka, heaving for England as the spoils of peristalsis succumb to their bidding. “Strong and stable!”, she roars, empowered by the moment. “STRONG AND STABLE!!!”

It is then that the floodgates open. Backed up, stacked up, ready for wilin’, a last-minute enema administered by the hand of fate finally does its duty. “HUUURRRGGGHHH!!!”, she blarts in euphoric rapture as it all comes hosing out in a voluminous flume. Theresa sees stars begin to bleed above, feels waterfalls gushing within, her torrid expulsion finally undammed.

She is caught now in the sweeping torrents of history. It is too late to go back. And so she unloads clip upon clip of streetsweeping surges from her yawning back passage, chunnering the lord’s holy word onto the unsuspecting breadcake waiting below. Work the body, work, work the body - slow down, girl, you’re ’bout to hurt somebody! Theresa's penguin-like features contort in gnarled satisfaction as her fartsack drools out a steady slosh of slurrified slop, curling it out onto the floury roll like so much Mr Whippy.

The torrent is seemingly endless. It charges from the caverns of her rectum in roiling, rapacious waves. Winnets surf the shit-tide like tourists fleeing the wrath of Da Hui. Eventually the stream begins to slow, and is punctuated by a truly dismal phlut as one last glob of dysentary dribbles weakly from her belaboured gluts. Nigel, always the most enterprising of gastros, re-enters the picture stage-right brandishing a napkin.

“Very good, Miss May”, he imparts, patting his protégée’s head before motioning to the lone customer waiting patiently to sample this bounteous feast. “Are you ready then, Monsieur?”, he demands of the ravenous punter lining up for the first chomp.

“Boy, AM I...!” squeals the excited receipient, Union Jack bib tucked hungrily into an open pastel shirt as he drums cutlery on the table in anticipation of this most illustrious din-dins.

“One moment, sir,” Nigel snivels, wagging an admonishing finger at his insatiable charge. The industrious gourmet administers the finishing touches, swabbing a last few errant nutty bits from the chef’s withered gunge-pipe and garnishing the final dish with a sprig of parsley from his own miserable, racist plot of land high in the home counties. “Bon appetit,” he implores, whipping away a decorative sheet to reveal the sewage-drenched delicacy beneath.

Britain sets hungrily to work, demolishing the platter in record time, gorging itself on this Brexitous banquet. Its unique flavour swills around in the trough, teasing the diner’s palate with perfumed piquancy. “Funny,” ponders the still apparently unknowing stooge, munching sourly as his tastebuds absorb the pervading effluence. “This tastes like absolute shit.”

“ - Perhaps sir would also care to try a glass of the local Kool Aid?”, asks Nigel, proffering a bottle of lukewarm liquid rendered in hideous chartreuse. “Why, it’s fresh from the hose; I squeezed out every last drop of it myself just this morning.”

“...Don’t mind if I do!”, Britain replies, gulping back this latest offering with unquestioning acceptance. Smeggy sea-urchins cling to his front teeth while the backwash mingles with the twang of left-over grot. With friends like these, who needs anemones?

The last few morsels safely devoured and all other excess successfully suckled in a moment of lip-smacking revery, Britain leans back in its chair, satiated by the reprieve of short-term satisfaction. The feast, for the moment at least, is over. What follows is the long, hard famine.

The vomiting starts just a few minutes later. Taking position over the cracked ceramic of our national pride, Britain’s frenzied heaving soon yields the most poisonous of fruits as the crippling pangs of diphtheria begin to take hold. “Make it stop!”, he cries, sweat streaming from every pore and stinging his desperate eyelids, but no-one is listening. They’re all too far away now, merrily ensconsed upon a continent forever banished to some distant horizon. Blarghing in perpetuity to God on the great white telephone, he pleads for absolution. No-one answers.

“It is the end of history
It’s caged and frozen still
There is no other pill to take
So swallow the one that makes you ill..." 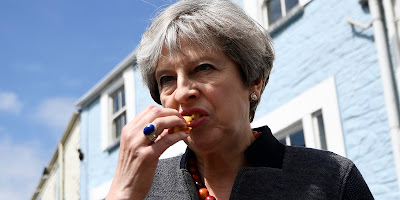 We're all stuck;
It's a clusterfuck. 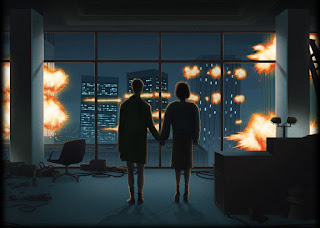 SICK OF THIS SHIT

I’m sick of this shit

David Cameron, you haven’t got a clue
With your fucking ‘Big Society’, you sound like a buffoon
Don’t give me that shit about “what we all have to do”
We’re not “in it together”, this ain’t 1942...

I’m sick of this shit

Who among you is sick of it too?
I AM – I AM…
Raise your voice to the sky if you wish they’d fucking die
I DO – I DO…

Who among you is sick of it too?
I AM – I AM…
Raise your voice to the sky if you wish they’d fucking die
I DO – I DO… 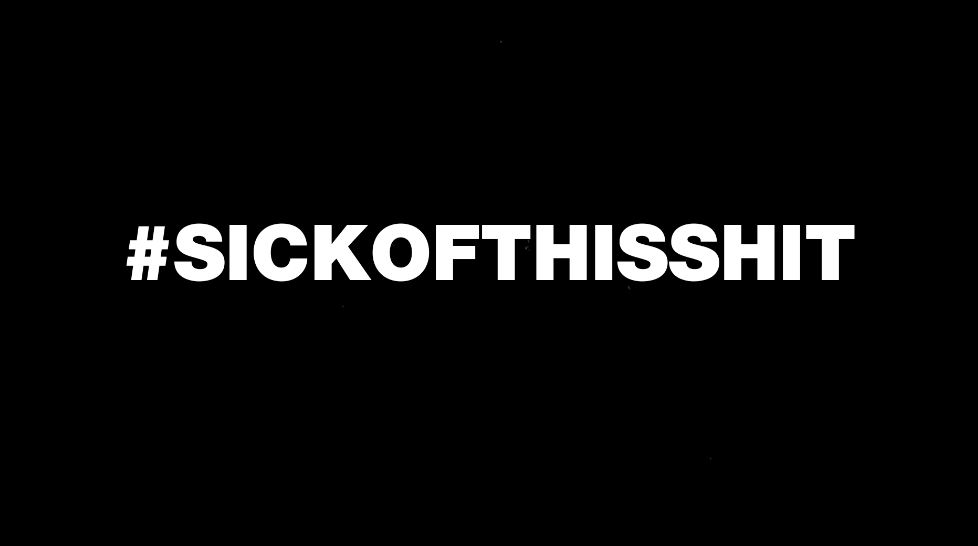 Posted by Chris Carter at 09:55 No comments:

Chris Carter
YOU ARE NOWHERE